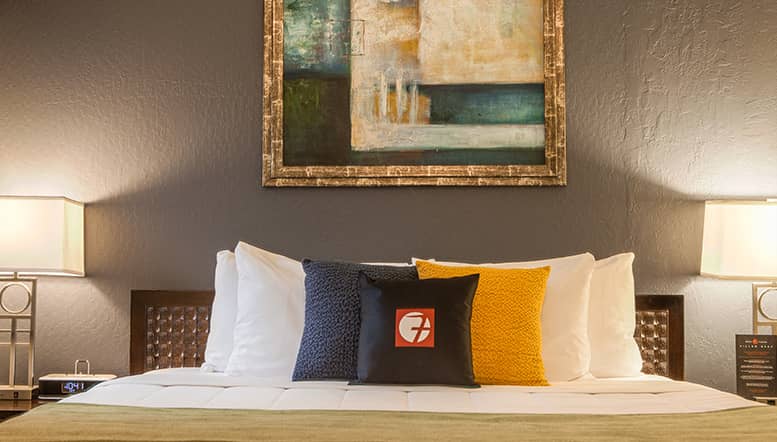 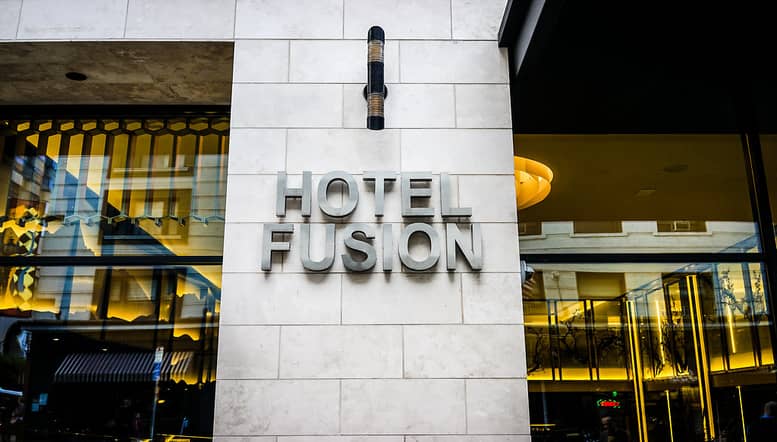 Amenities and the ultimate location are near Union Square and The Moscone Center. Ditch the boring chain hotels and enjoy some excitement and style at Hotel Fusion. Our convenient location is easy walking distance to the Moscone Center, Union Square and some of the best restaurants in San Francisco. Our guests are treated to stylish rooms blending classic asian design with the modern energy of San Francisco.

With onsite restaurant, bar and lounge you can easily relax after a long day of meetings. Furthermore, guests can prepare the body and mind for the next day. Guests have access to a fitness room, complimentary newspapers, a personal pillow choice from our Pillow Menu and complimentary WiFi.

Spend your free time wisely with assistance from our team. We will gladly help you navigate to restaurants, shopping, theatres and entertainment. Furthermore, they can help you plan your exploration of classic San Francisco attractions. Attractions such as Alcatraz, Golden Gate Bridge, Chinatown, AT&T Park, Lombard Street, Coit Tower and more.

Hotel Fusion also offers meeting space for small to medium sized gatherings. This is the hotel in San Francisco for travelers. If you are looking for an extended stay of 7 days or more, make sure to look at our Single Full Bed room which is perfect for individuals and has a discounted rate for extended stays.

Upcoming Events and Conventions in the Area

San Francisco International Asia American Film Festival
Attend the largest exhibition of Asian and Asian-American films in North America. Entries include works from India, Asia and North America, and will be shown in mid-March at the AMC Kabuki 8 Theatres.

San Francisco Bay to Breakers Footrace
In mid-May, the world’s largest footrace takes place as more than 70,000 runners in costume push off from the Embarcadero, heading to the Great Highway.

SF Gay Pride Parade
Always the last Sunday in June, the San Francisco Gay Pride Parade (to accompany a host of other celebration activities) begins at Market and Beale streets.

Fourth of July Celebrations
You will want to leave your car and take public transportation to these events along the Bay, which begin with: Fourth of July Music Festival at 1PM at Pier 39, and end with fireworks beginning at 9:30 PM.

Outside Lands Music and Arts Festival is a music festival held annually in San Francisco, California, at Golden Gate Park.

Fleet Week
Pier 39, at Beach St. and The Embarcadero, celebrate the Navy’s birthday with live bands and an air show by the Blue Angels, during the second week in October.

Single Malt & Scotch Whisky Extravaganza
Early in November, the InterContinental Hotel San Francisco hosts an evening of dinner and tastings. It’s provided by the Scotch Malt Whisky Society of America and features over 120 rare single malt whiskies. Additionally provided are: a dinner buffet, imported cigars, and presentations by representatives from each of the respective distilleries.

All Dining & Event Services Are Closed